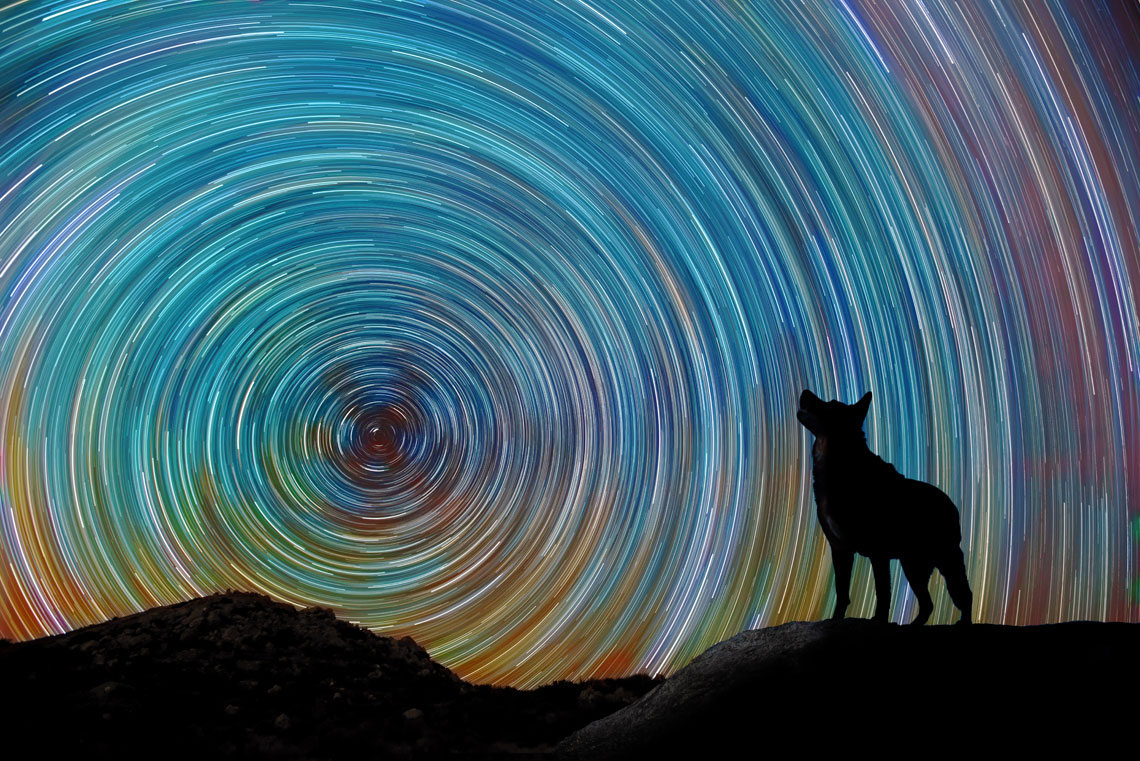 It was a little after 10pm at Skye Valley Ranch and the sun had long-since kissed the pink mountains goodnight. Greg and I finished dinner and had a s’more or two as the darkness set in. The cool night air filled the valley as we packed the truck with the camera and camping gear. We had scouted out a perfect spot earlier in the day and I was excited to create a photo that had been in my head for ages.

We said hello to three deer who were casually nibbling on some alfalfa as we made our way out into the valley. As we arrived at our spot, two more deer spied us and bounded away, not knowing they had nothing to fear.

With lanterns in-hand, we set up the camera and tripod, making sure it was on sturdy ground. The stars were as bright as could be and the Milky Way was directly overhead. Roxy — my “little wolf” — climbed on a nearby rock and howled deeply into the night.

Creating star trails in an image takes time — lots and lots of time. So, after I got the camera going, Greg and I put the tailgate down, inflated our sleeping mats, positioned them in the truck bed, and unrolled our sleeping bags. Roxy curled up on her bed by our feet. We laid there quietly — the three of us together — soaking in the silence.

The silence. How can I even explain it? It envelopes you and is only broken by an owl in the distance or the crunch of leaves that signal something wild nearby.

Looking up at the stars, I couldn’t help but think just how small we all are. There is so much out there. The longer my eyes stayed open, the more stars started to appear. And then, a meteor! And another! They shot clear across the sky and in a flash, they were gone.

We tried and tried to keep our eyes open but they grew heavy and we all fell asleep. A few hours later, I awoke, still under the most magnificent starlit sky. I could hear an owl calling out from the tree next to us. I listened and smiled. It was if he was saying hello and allowing me a brief glimpse into his nocturnal life. A moment later, he swooped from the tree, his black silhouette against the starry sky moving swiftly, quietly directly above me. I gasped in disbelief — how amazing was it to just get to experience that? And then, a second owl followed in his path. I shook my head and said a quiet thank you to the owls for that incredible gift.

My camera was still hard at work soaking in all the starlight, so I once again closed my eyes and went to sleep. Another hour or so later, I woke up again and decided it was time to head back to the house. We packed up our gear, said goodnight to the wildlife and thanked them for letting us into their world for a few beautiful hours.

The photo above is what was created that night and it’s already hanging in my home. The memory of this evening brings me pure joy and I love to be reminded of it daily. 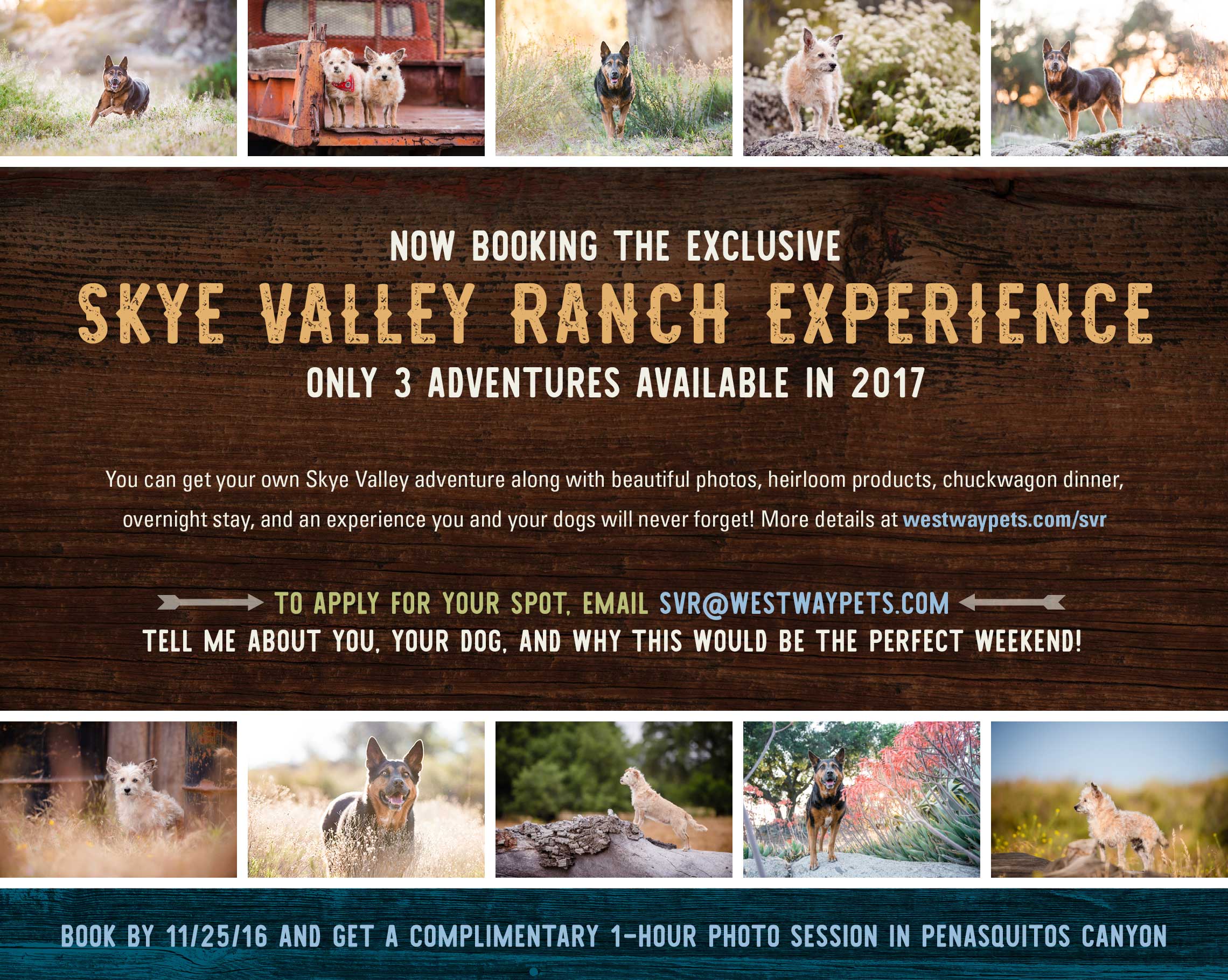 Roxy is ready for some Thanksgiving turkey! 🦃 W

When we took off in May for this big journey, I wa

It's hard to believe that we've been traveling for

We are rollin' in to town today, peeps! We're goin

Howdy, friends! It's been a minute since I popped

It seems like just yesterday I was announcing our

Kisses from mom are the very best! Sweet Mason pas