Admiral Kitty Kingman’s cat portrait photo session is probably the hardest I have ever done. Not because of him, though… because he was 14 months old, had cancer, and was being put to sleep a few hours after our session.

Kingman’s mom called me on a Tuesday. The day before, Kingman was diagnosed with a terrible cancer that was causing internal tumors and wreaking havoc throughout his body. We planned our shoot for Friday but just a few hours later she called to tell me he wasn’t going to make it ’till then; we rescheduled for Wednesday morning.

I just couldn’t believe how horrible this whole situation was. I cried as I prepped my gear and I cried as I drove to their home for our session. I was honored they chose me to capture Kingman in photos for all time. 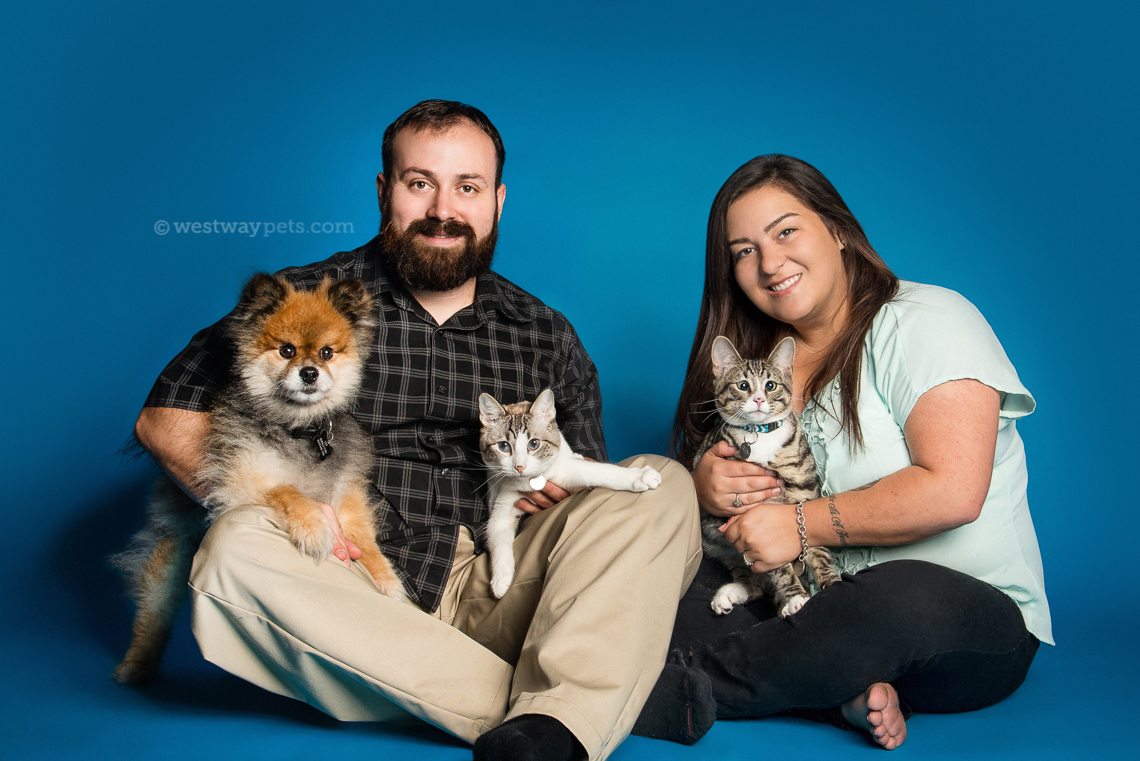 Kingman’s family really wanted studio portraits. I don’t normally drag my studio gear to my clients’ homes but this was a very special circumstance. I need a minimum 12′ wide x 10′ long space for my backdrop, stands, light, and room to shoot and luckily they were able to move some furniture around to get exactly what we needed.

Cats are often more finicky about being photographed than dogs and I was a bit nervous how a sick kitty was going to react to a scary backdrop, bright light, noisy camera, and a new person in his space. I truly believe Kingman knew his parents needed this, though, because he was an absolute rockstar. His kitty brother Bum and doggie brother Leo really didn’t want anything to do with me and I was grateful Kingman was such a ham! He posed, we played, and had an absolutely amazing time! 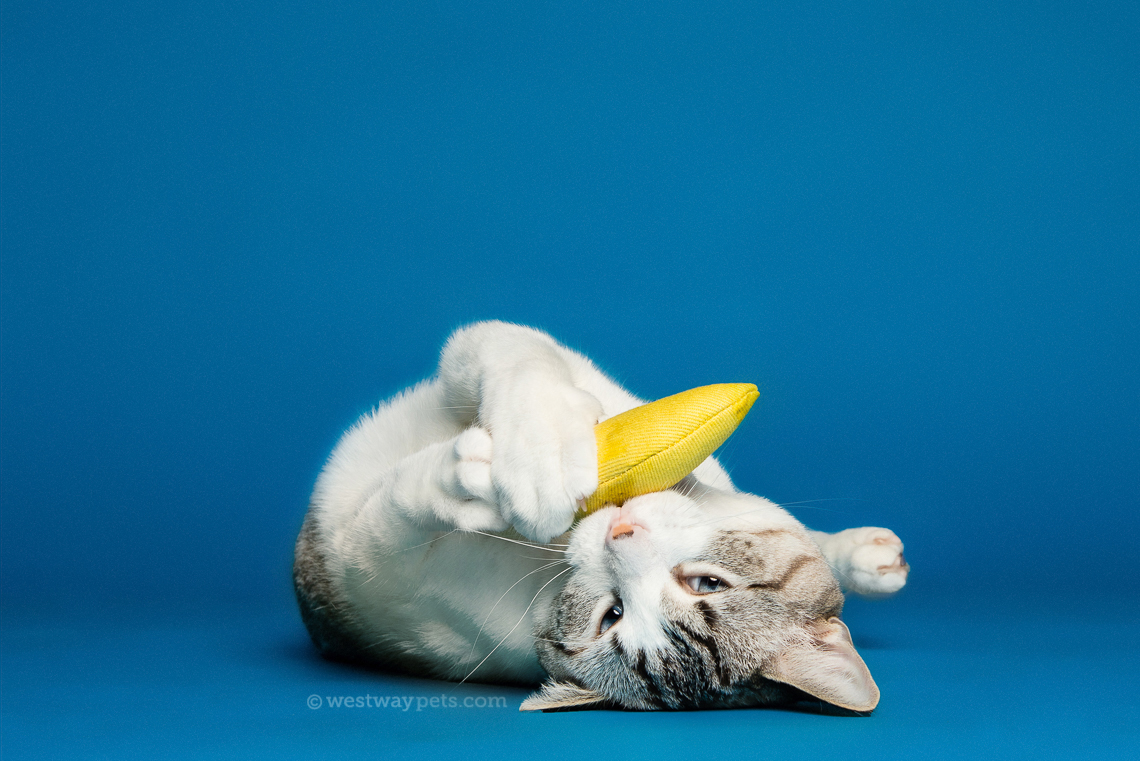 Kingman’s adoption story is a unique one. His parents were on vacation with Leo, who was bitten by another dog. They had to rush him to an emergency vet in Kingman, AZ. That’s when they met the little tripod cat who would change their lives. Kingman had been left at the hospital with an open fracture by a woman who had been in trouble for past animal abuse. The kind vet had to amputate Kingman’s leg then kept him in hopes of finding him a loving home. Leo’s mom and dad couldn’t resist the little kitty who was looking for a new home and decided to make him part of the family. Because his parents felt he needed a strong name for being so tough to endure whatever it was that caused him to lose his leg and because his dad was in the Navy for 8 years, he received the full name of Admiral Kitty Kingman. 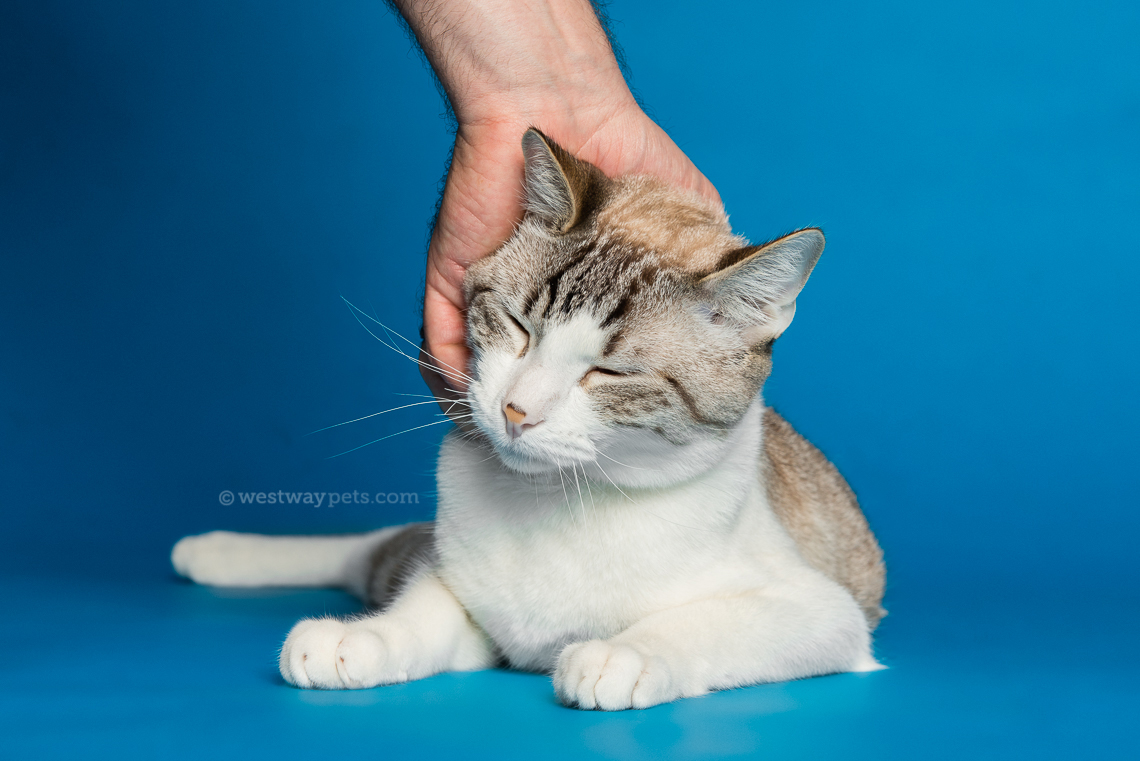 We shot for well over two hours (with a few breaks) because I honestly just couldn’t stop. I knew that when I put my camera away, that was it. I had just met this little kitty and I wasn’t ready to say goodbye. Eventually, though, Kingman showed us that he was tired and ready for a nap. I packed up, brought almost everything out to the car, and came back in for the final load. Kingman had already retired to his favorite spot in the bedroom but I asked if I could go back to say farewell. I cried as I said goodbye… I ugly cried… I had known this special cat for two hours yet he made a significant impact on my life and I knew I would never forget him. His mom and dad hugged me and we all cried. I walked out to my car shortly thereafter and had to sit there for a few minutes to get out all the tears. 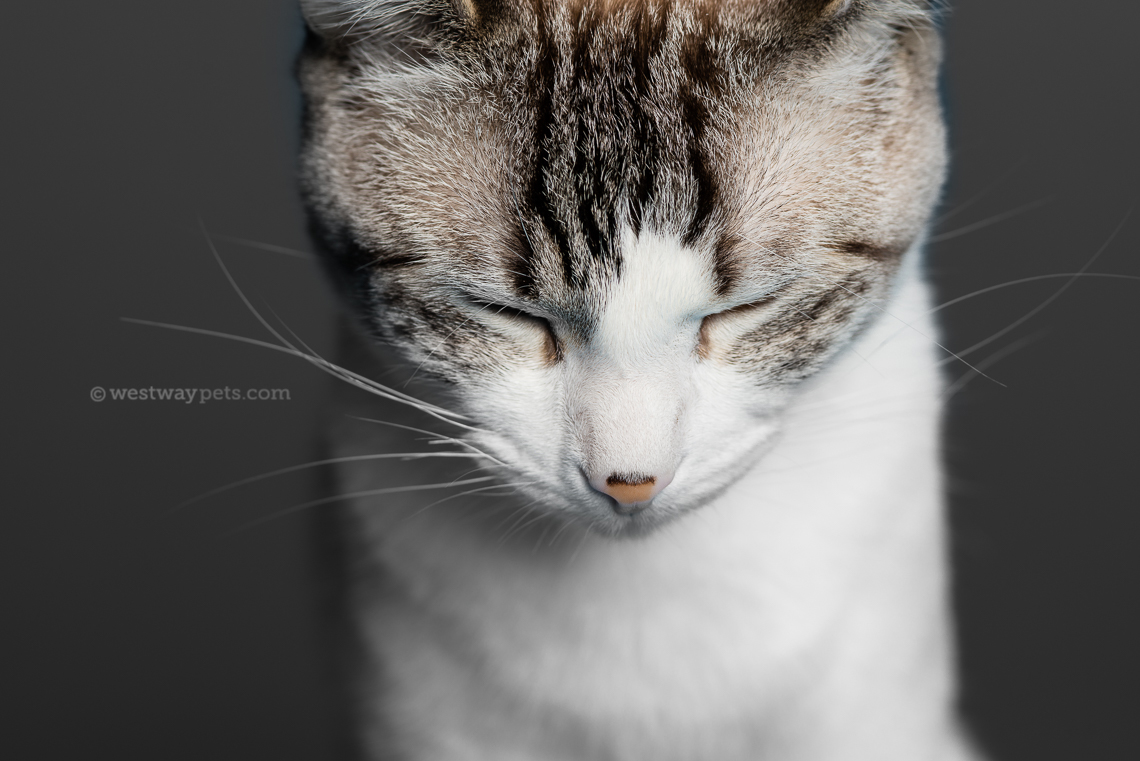 Once at home, I cried some more as I went through his photos and edited them, knowing in just a few short hours, he would be crossing the rainbow bridge at far too young of an age. His parents did the right thing for him and they gave him the most incredible, loved life that we should all aim to give our animal companions.